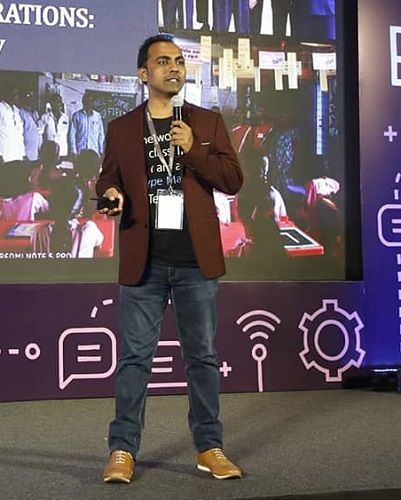 I convey my heartiest greetings and felicitations to Shri Ranjitsinh Disale, teacher from ZP school in Paritewadi, Solapur district on being chosen for the coveted $ 1 million Global Teacher Prize 2020, which is awarded by the London-based Varkey Foundation. Shri Disale’s work of generating interest about education among children from rural areas, through innovative ideas and use of technology are commendable and worthy of emulating by others.”

On winning the prize, Disale said,

Teachers are the real change-makers who are changing the lives of their students with a mixture of chalk and challenges. They always believe in giving and sharing. And, therefore, I am very pleased to announce that I will share 50% of the prize money equally among my fellow top 10 finalists to support their incredible work. I believe, together, we can change this world because sharing is growing.”